I’ve been thinking about this about page and it always makes me laugh because, let’s be honest, “I” wrote it about “her” 🤔

It’s one of those weird conventions in the film/TV/publishing/PR biz where you write your own bio as if someone else wrote it about you.

It’s convenient because it says a lot in a short space. But it doesn’t say everything…

Here are 3 things you won’t find in the bio:

Now go ahead and read all about “her” if you wish 😁

And thanks for stopping by!! ❤️🦋xo 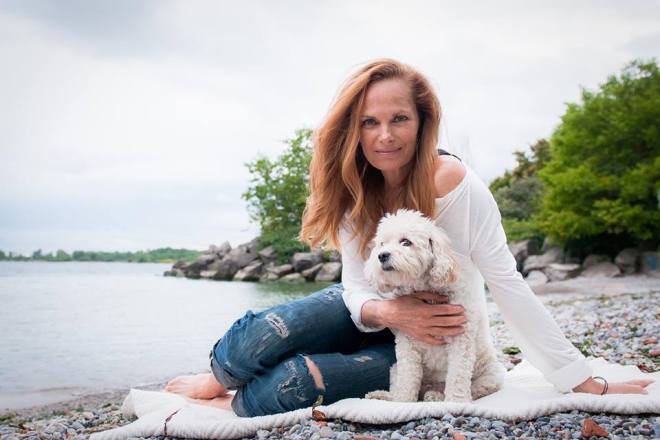 Michèle is a well-known French-Canadian film and television actor whose career spanned over 4 decades and 3 continents. She jump-started her acting career by landing roles in three US productions, Police Academy 4, Three men in a Baby and A New Life, working alongside Steve Guttenberg, Ted Danson, Leonard Nimoy and Alan Alda. Born in Quebec, this trilingual actor is best known in English-Canada for her lead role in Khaled, an indie feature film named one of Canada’s top 10 films of 2001. In French-Canada, Michèle is best known for her portrayal of Olivier Guimond’s mother in the wildly popular miniseries Cher Olivier. This was a very demanding role that saw Michèle aging as the same character through 6 decades. She received much acclaim in Argentina for her starring role in After All it’s Only Life, a role she played entirely in Spanish. She reached the European market with her series’ lead role of Miranda de Mers in Foreign Affairs, a Netherlands/Canada/Argentina co-production which became a huge hit in Greece. Michèle is also a voice-over artist, voicing many radio and TV commercials in both English and French.

In 2007, after discovering that toxic chemicals in beauty products were making her very ill, Michèle began creating aromatherapy products using only 100% organic and natural ingredients. She also became a certified aromatologist. Many people in the film and TV industry became interested in buying her products so she created her own line of organic skincare and founded Michèle’s Organics, a heart-based corporation that was both good for the environment, and good for the soul. After continuing to enjoy much success in both her acting career and entrepreneurial endeavors, Michèle decided to fold the skincare company in 2016, opting not to sell it. After much soul-searching, she came to the realization that her passion for helping others with their soul-awakening journey was not being fulfilled. While her essential oil potions were loved by many, the business of running a company had taken over. Rather than sell it and risk having the healthy ingredients tampered with, she made the integral choice to dissolve the company so she could pursue her true soul-passion.

In May of 2013, Michèle began putting pen to paper, finally writing down the extraordinary mystical and metaphysical events she had experienced between the ages of 8 and 10, and the profound lessons and insights that came from them. She spent the next 5 years penning a part- memoir, part spiritual-guide, completing her first book in 2018.

As the result of her soul-stirring writing journey, Michèle was finally able to integrate what she had been taught during her metaphysical experiences and embody the soul lessons she had shunned since childhood. She understood her Divinely guided spiritual unfoldment and why her life was destined to include childhood trauma and years of struggle with addiction. As she embraced her authentic self, she reawakened her ability to see and sense energies, and began doing energy healing work, becoming a certified Bioenergy Therapy practitioner in May of 2017.

In the fall of 2017, Michèle launched a series of transformational workshops and meditation recordings based on her book and the spiritual insights she had received during her childhood experiences. She is currently working on creating a workbook accompaniment to her first book. She is also in the planning stages of writing her second book on the infinite power of consciousness.

In 2019, Michèle started her YouTube channel, Soulful & Unplugged, where she enjoys great connections with awakening souls from all over the world.

Michèle is passionate about being of service to others in their transformative journey, describing this as being the most humbling and fulfilling work of her life.

She continues to be active in her acting career and enjoys the beautiful simple life she shares with her sweet furry companion, Roxy.